It is my love letter to three generations of women.

It includes many varieties of love, as well as of hatred. It is the story of both valiant and villainous hearts. 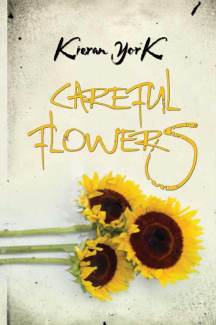 Careful Flowers by Kieran York is about a woman whose life has been careful. She finds that nothing is as she believed it to be. Life suddenly becomes an unknown.

Fleur Hamilton is botanist with an important project and a pending grant. She’s in a relationship facing a crossroad. Her love for the woman in her life has taken a critical turn. As she enters her fourth decade, she finds not only her relationship being topsy-turvy – but everything in her life has capsized. She has lost her beloved great aunt.

Ever the scientist, she becomes obsessed with discovering the truth about her aunt, and about her own roots. It takes an examination of many lives for her to locate her own historical truth.